Professional climbers, Bobbi Bensman and Brady Robinson, are participating in the 2014 24 Hours of Horse Shoe Hell, in Jasper Arkansas to raise funds for Jeff Lowe.

Professional climbers, Bobbi Bensman and Brady Robinson, are participating in the 2014 24 Hours of Horse Shoe Hell, in Jasper Arkansas to raise funds for Jeff Lowe. 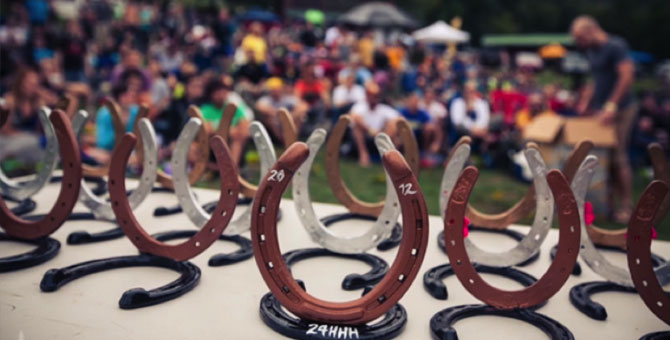 Bobbi says, "This upcoming event is a grueling climbing challenge. It starts at 10am on a Friday and ends at 10am the following Saturday. Every single climb is on lead and once it gets dark, you climb with headlamps all through the night. The person and team that climbs the most climbs wins. So why not go there and climb as hard as I can and at the same time raise money and awareness for an amazing man?”

Bobbi and Brady have alot in common with Jeff Lowe - they share a passion for climbing, a love of the outdoors, a desire to push themselves and discover their true capacities. They each know alot about commitment, perseverance, and giving back to their community! The money they raise will support Jeff's upcoming film Jeff Lowe's Metanoia as well as Jeff's medical and home care needs. 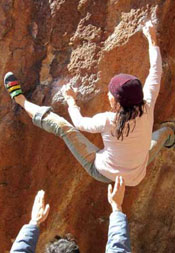 More from Bobbi: “I want to raise money for Jeff Lowe because he was the generation before me. I started climbing in spring of 1980 in Tucson, Arizona. He was already well known in the climbing circles in Utah and Colorado. I started competing in the mid 1980's in the Phoenix Bouldering Competitions and then I heard about the Sport Climbing Competitions that he was putting on in the 90's. I made it to every single Jeff Lowe competition and won or placed high in almost all of them. Jeff always had a fantastic purse for the top finishers! 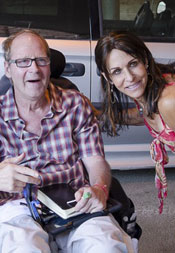 Jeff Lowe's climbing events really got my name out there and helped me to become a paid professional athlete, which lasted almost 15 years. I owe so much to his foresight, creativity, and giving back to the climbing community. I see this upcoming 24 hours of the Horseshoe Hell climbing competition as a great means to raise money and awareness for Jeff Lowe. He should be honored for what he has given to so many of us.

Considered one of the best climbers in the United States, Bobbi Bensman is known for her strength and skill. She has won more national titles than any other male or female competitor and has made her mark with 165 5.13 ascents and her 13 wins at the Phoenix Bouldering Contest. Best known as a highly prolific sport climber, Bobbi is also a very accomplished trad climber.

Bobbi divides her time between her family, climbing and being a sales rep for The Mammut Sports Group, Evolv Climbing and Design, Darn Tough Vermont Socks, Inov.-8 Footwear, Freewaters Footwear, and Epic Bar . Bobbi lives in Boulder with husband Steve Shrednick and her daughters.

Brady is a climber, the Executive Director of the Access Fund, Chair of Outdoor Alliance, an educator, a bike restorer and a family man. He started climbing in Minnesota in1989 and has since climbed all over the world with some of his biggest climbs in Pakistan and Patagonia.

24 Hours of Horseshoe Hell is an endurance rock climbing competition held annually on the last full weekend of September, within the steep sandstone cliff walls of Horseshoe Canyon Ranch, Jasper, AR.  Teams of two have the opportunity to choose between a 12 hour and 24 hour event, and the festival lasts a full 4 days with food, camping, music, swag, games, competition, and most of all fellowship.

For the optimal visitor experience, roll over the images and click to enlarge.

Check back soon for more ways to support