Bring Metanoia to your city for a screening!

For information on screenings and festivals... Go Here!

continues to evolve as Jeff’s life and Metanoia experience continue to unfold. In 2012, Jeff’s health took a turn for the worse, which landed him on hospice support. Then, true to his character, Jeff chose to follow what seemed yet another impossible route – doing the best he can, with what he’s got, from where he is at any given moment - he has outlived all predictions. 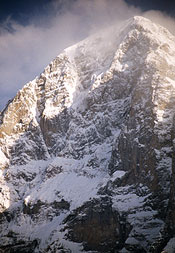 This film explores the remarkable life and death story of Jeff Lowe. His practice of living in the present moment carries him into a future he thought he could not have. His resilience, positive attitude and love for life inspires and informs. It is what he did in climbing and continues to do now that makes this story so important to tell. Going to the brink on the Eiger or in his hospital bed, and coming back again – he defies the odds and embraces new possibilities. He is listening to the music of his soul, which becomes a symphony of light and love.

Jeff’s best climbs were: artistic, creative visions beyond the general thinking of the day, conceived in passion, born out of love. He was not motivated by any competitive desire to achieve recognition or to make a name for himself.

“I have always been "dizzy with the vision" - it's why I am satisfied now, without climbing - I have really lived through my visions; been expanded by the process and count myself a very lucky man, still growing and learning...” -- Jeff Lowe

For nine harrowing days in the winter of 1991, Jeff Lowe pieced together a nearly impossible route up the very center of the Eiger's North Face. This is the story behind that climb – an act of imagination – that has become legendary. Jon Krakauer photographed Jeff's ascent for Men's Journal. 22 years later the NY Times best selling author narrates the greater, more compelling story behind that climb and what lies beneath Jeff's high adventure lifestyle and the keys to his success in life today. Original film footage from the archives captures visionary firsts, key instructional lessons and exciting new retakes on old stories. Beautiful new aerial footage brings the film alive!

+ Jeff Lowe is featured in the Men's Journal 20th Anniversary Issue May 2012. Read the 1992 First Issue of Men's Journal feature article about Jeff Lowe and Metanoia by clicking here 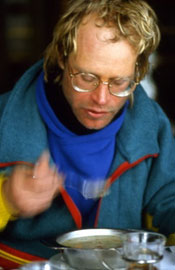 What is it that allows a person to embrace their circumstances, no matter how devastating, and continue to find joy in every day life, while others struggle endlessly, despairing of their losses or simply giving up? The indomitable spirit that brought Jeff Lowe through countless challenges in the mountains, now guides him as he lives with a progressing neurodegenerative disorder. Lowe's characteristic composure and resilience remain intact. In particular, the lessons from his 1991 solo Eiger ascent are still with him in his wheelchair today.

+ Read more of the story 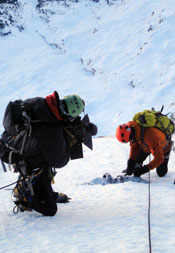 Unlike many of Jeff Lowe's climbs, this is not a solo venture. The talent behind the dream of Metanoia comes together serendipitously to tell this inspirational true story. Jim Aikman of Boulder, Colorado was tapped to take the lead on the Metanoia Project after his most recent film, High and Hallowed premiered at Telluride Mountain Film Festival. Oscar nominated director and design legend Greg Lowe makes major contributions with archival footage he shot of his brother over several decades. Seasoned storyteller, Jon Krakauer narrates the film. 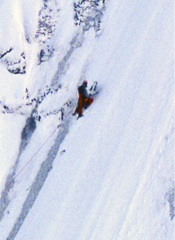 Not many would choose climbing the most formidable route on the Eiger as a vacation. In the winter of 1991 that is exactly what Jeff Lowe chose to do. Seeking solace from the chaos in his life, Jeff thought it would be a good practice climb for a mind boggling Himalayan route he had his eye on and thus the time was right to fulfill his boyhood dream to climb the Eiger. By 1991 Jeff had already climbed more difficult routes on other mountains than any of the existing routes on the North Face of the Eiger. Lowe wanted to emulate the challenge and difficulty faced by the Eiger pioneers of the 1930's. Jeff sought out the most difficult unclimbed route he could find on the North Face of the Eiger and left behind the usual expansion bolts that climbers use to protect themselves on steep, bare rock faces.

Jeff Lowe's team has captured beauty and talent together on film. Photos chronicle the life and times of a climbing legend, blazing the way to new places, with new techniques and new styles of climbing. View a series of amazing video clips including recent aerial footage of Josh Wharton climbing on the Eiger as Jeff Lowe directs from a helicopter.

In 1991, after surviving nine intense days alone on the North Face of the Eiger, Jeff Lowe was close to topping out on his new route, which he would later give the name, Metanoia. Fifty-feet below the summit ridge and the end of his climb, he ran out of rope, the bottom end of which was anchored 150 feet below him, tied to an ice screw that also held his pack. When he couldn't find any anchors for his end of the rope, Lowe reluctantly untied from the cord and let it drop, thus abandoning his backpack, as well. He climbed unroped up the last 50 feet to the summit ridge. Shortly after his arrival on the ridge, a helicopter flew in and hovered in the air, fifty feet above. 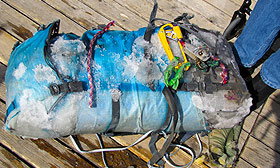 A cable dangled down from the chopper, offering salvation. No sooner had Jeff clipped into the end of the wire, when the aircraft whisked him away, just minutes before another big storm would engulf the mountain and its' great North Face. As he flew through the air at the end of the cable, Jeff envisioned the next summer's sun melting the ice around the screw that held his pack, and the free fall that would follow; the pack bursting on the first impact two-thousand feet lower, cascading the contents down the face of the mountain.

Fast forward to 2009, climbers Robert Jasper and Roger Schäli found themselves in the exact spot that Jeff Lowe had been 18 years before. They were making the world's first free ascent of the Eiger's Japanese Diretissima ("most di- rect route")—which convenes with Lowe's 1991 Metanoia route on Switzerland's Eiger, near the summit. As Jasper writes and Schali would later report back to Jeff: "After several alpine pitches and terrible traverses we finally reach the summit icefield. Here the discovery: an old backpack, frozen solid into the ice... a very welcome belay as we only took two ice- screws with us. In all probability the sack was left behind by Jeff Lowe".

+ Read the full story and see the contents list
+ See the Frozen Pack Chopped Out of the Ice. [Video]
+ See Jeff Open the Pack after 20 years. [Video]
For the optimal visitor experience, roll over the images and click to enlarge.

10% of profits will be donated! When this project makes money, after all expenses are paid, we will share our success. 10% of the profits will be divided among The American Alpine Club www.americanalpineclub.org, The Access Fund www.accessfund.org and Paradox Sports www.paradoxsports.org Thank you for your generous support! 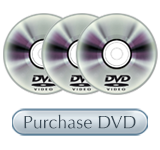